The Effects of Divorce on a Child 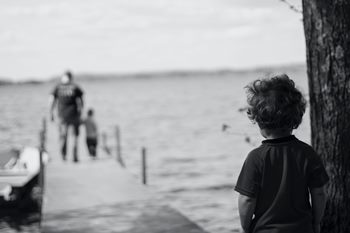 Depression
“I may show signs of depression such as sleeplessness, restlessness, and difficulty concentrating.”

Anxiety
Most children worry that their basic needs will not be met.

Worry
“I may worry I will be abandoned or left alone. I worry about money and my parents’ emotional and physical health.”

Rejection
I may feel rejected by one or both parents.

Lack of Attention
“I may feel that I will receive less attention from both parents during divorce.”

Anger
Children’s behavior often reflects an increased sense of tension and anger, which may directed at either parent.

Conflicted loyalties
Many parents compete for their children’s affection and loyalty. “I walk a tightrope, fearful that fun and closeness with one parent might be a betrayal of the other parent.”

Page load link
By continuing to browse the site you are agreeing to our use of cookies.
CONTACT US
Go to Top